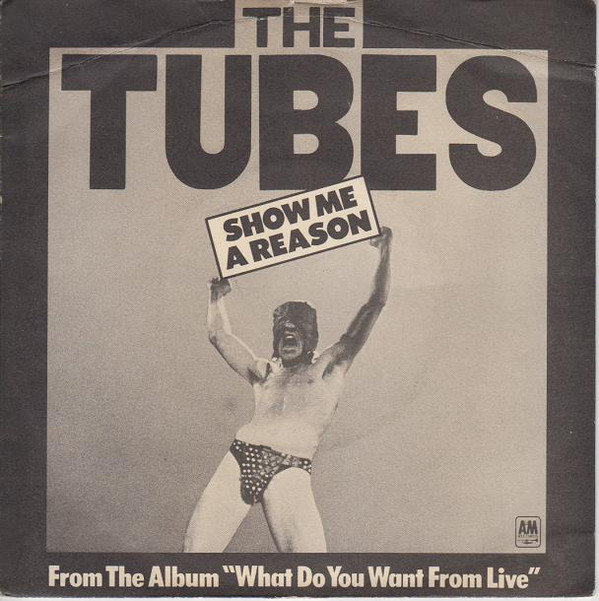 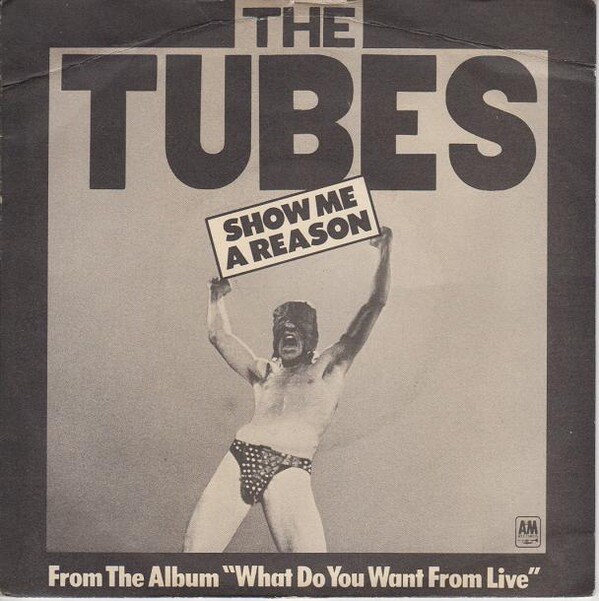 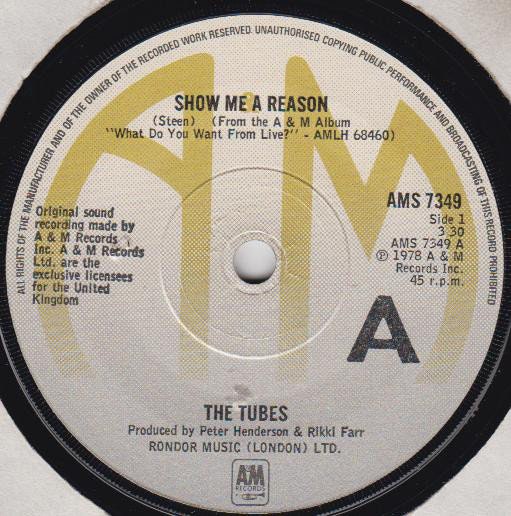 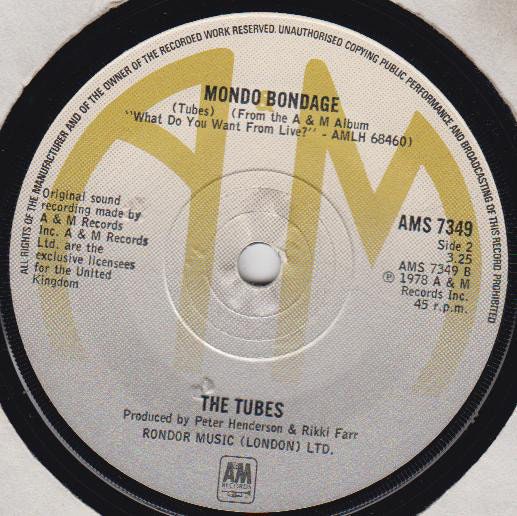 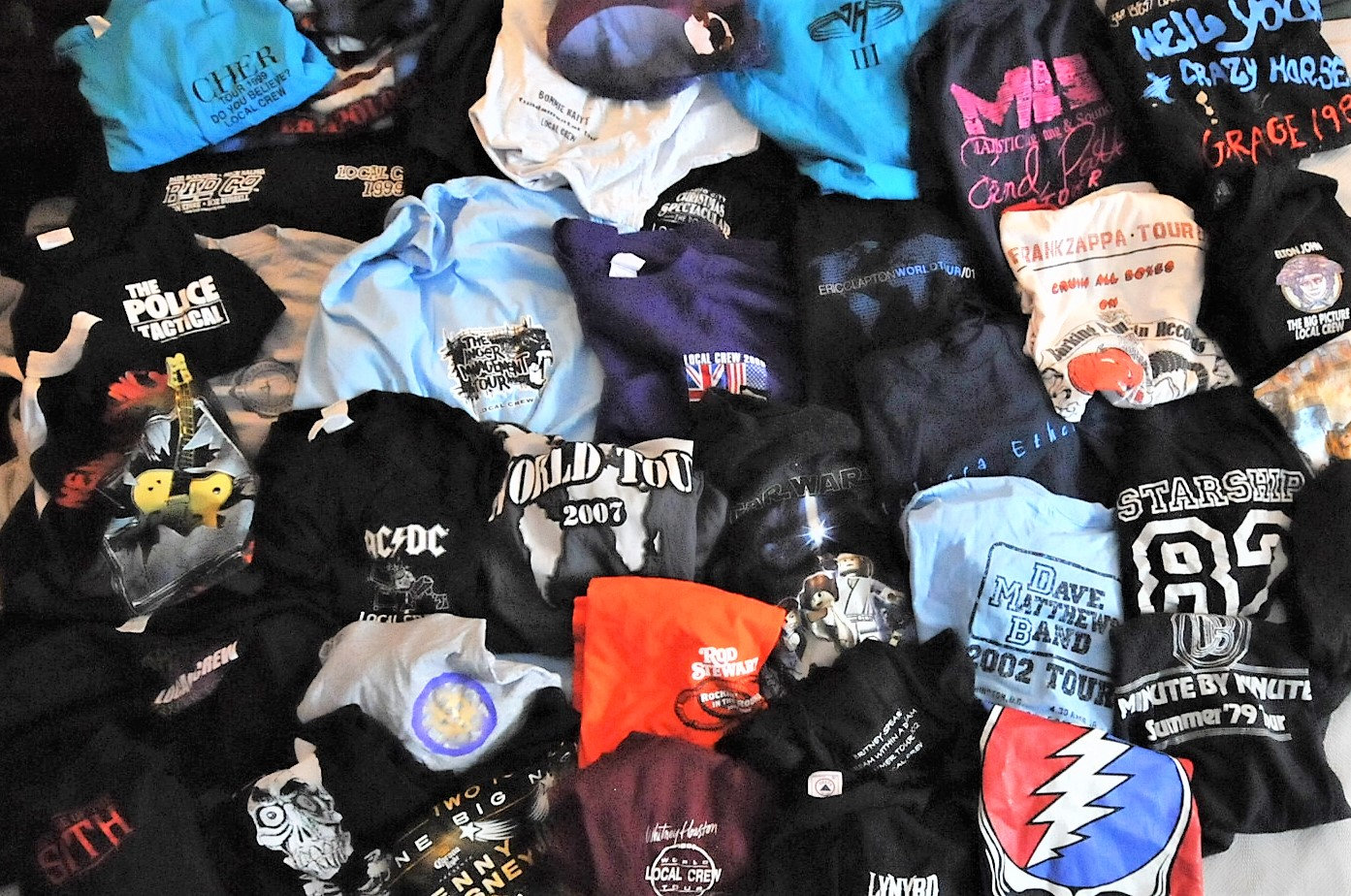 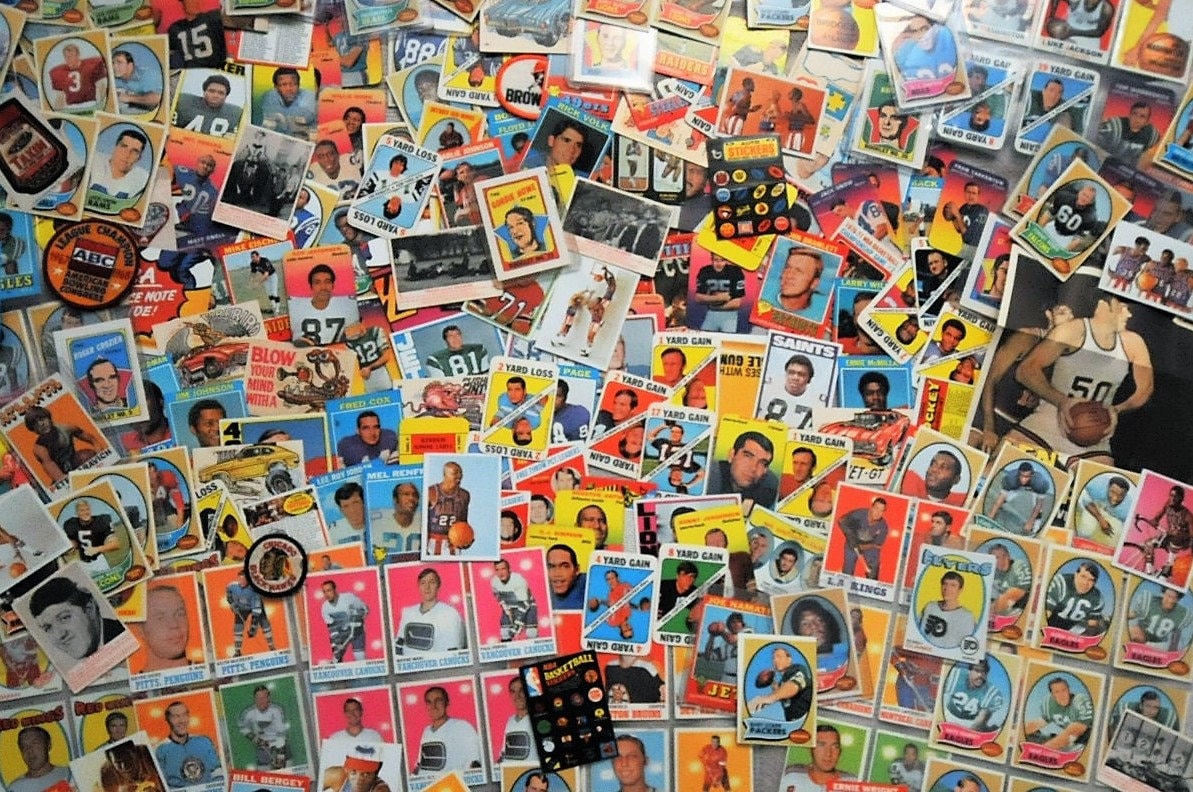 The Tubes are a San Francisco-based rock band that used a mix of progressive rock theater, multimedia, and scathing social criticism of America's television culture. Their live performances were surreal vaudeville shows in which songs became full fledged production numbers. The Tubes scored their first hit "White Punks on Dope" on their self-titled debut album.

A SIDE:
Show Me A Reason

B SIDE:
Mondo Bondage